This is a dangerous operation because it not only modifies the database but also copies the images in the file system. Be sure to back up before using this feature!

The import function is available in the “Import Gallery” tab when setting up the plugin.

During import, the plugin checks to see if the WordPress default gallery shortcode is found between the pages and entries. ([gallery]) Collects these in a spreadsheet where you can import individual or all galleries:

Before starting the import, set the destination folder where the folders corresponding to the galleries will be created. In its absence, the import cannot be started. The import takes place in two steps:

During the import, the following steps are performed:

During the process, the images are not deleted, the previous content in the WordPress version tracking system can be restored as the previous version. Indicates a successful import.

Move images to the media trash

This process does not need to be performed for the gallery to display properly. Moves images to the Trash in the WordPress media library, where they can be grouped deleted or restored.

Moving images is only offered by the plugin if Media Trash is enabled on the page. Using Trash – even temporarily – can be turned on in wp-config.php and place the define('MEDIA_TRASH', true); entry in it.

You can only move images that have been imported in this workflow. If the page reloads, it will no longer be possible to move the images!

If necessary, you can restore images from the media trash individually or in groups. 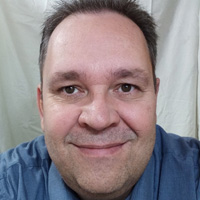